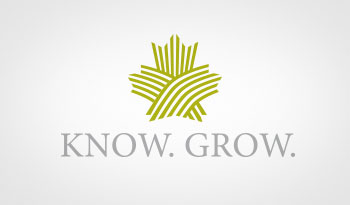 Volunteer glyphosate-resistant (GR) canola is a challenge for Roundup Ready soybean growers since a glyphosate application does not control the volunteers. The objectives of this research study, led by Robert Gulden in the department of plant science at the University of Manitoba, were to determine the action and economic thresholds for volunteer canola (B. napus) in soybean grown at narrow- and wide-row spacing, and to evaluate the impacts of increasing volunteer canola densities on both soybean and volunteer canola plant development and seed yield.

Other weeds were controlled with two in-crop applications of glyphosate at 0.67 L/ac rate (900 g a.e./ha).

Volunteer canola competition was intense and caused over 50 per cent yield loss in soybean in most cases, and as much as 79 percent soybean yield loss under wide row production at Carman in one year.

Average maximum soybean yield loss of about 60 per cent was similar in narrow- and wide-row production systems. This was unexpected as other weed interference research has found greater yield loss in wide-row soybean compared to narrow row spacing.

The low economic and action thresholds were attributed to differences in canola and soybean development. For example, by the time soybean reached the first trifoliate, volunteer canola plants already had an average of three leaves; once soybean reached its fourth trifoliate, volunteer canola had reached the reproductive phase. Additionally, canola has the ability to aggressively branch out and compete for soil and water resources when plant densities are low, resulting in intense competition even at low densities.

Several herbicide Groups are available to control volunteer Roundup Ready canola (Group 9). These include herbicides in Groups 2, 5, 6, 14 and 15 – some pre-emerge and others post-emerge applications.

Volunteer canola seed returns at the action thresholds were greater than typical seedbank additions caused by harvest losses of a canola crop. Therefore, soybean in rotation can be a significant contributor to the replenishment of volunteer canola in weed seedbanks if left uncontrolled.