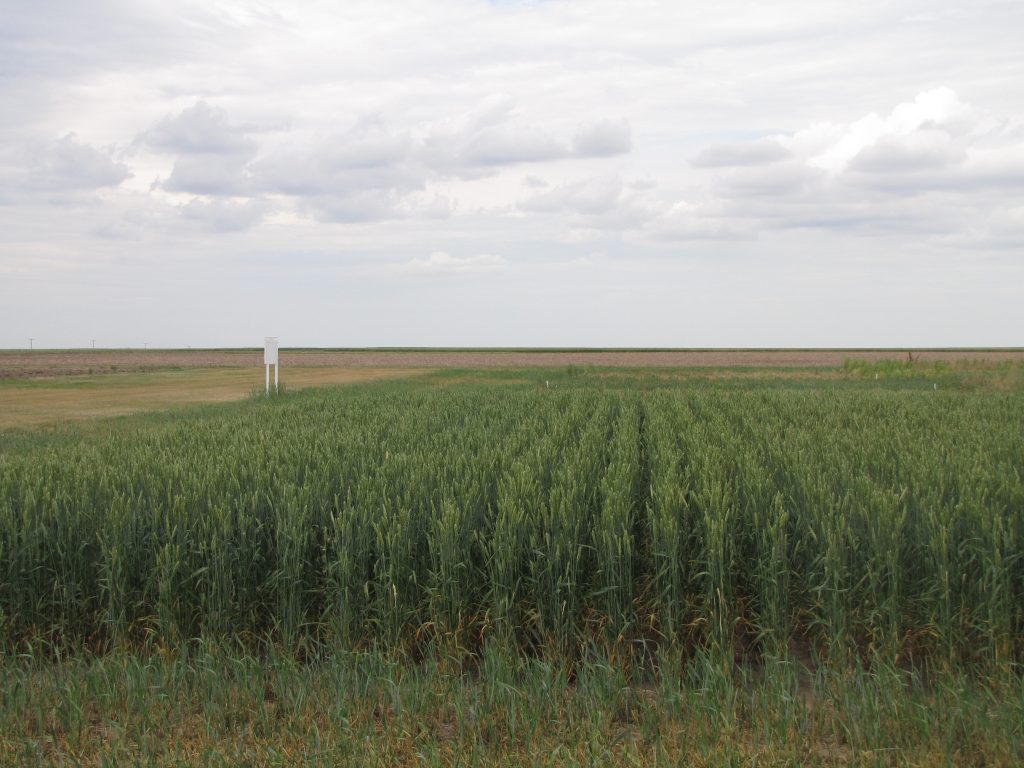 Wider row spacing can lead to reduced capital costs by eliminating shanks and reduced operating costs with lower draft requirements. But it is a balance with many different factors, including potential issues of seedling fertilizer burn, increased weed pressure and yield and quality impacts.

A four-year study was conducted from 2013 through 2016 at  the Agriculture and Agri-Food Canada Research Farm in Indian Head, Sask., to determine the effects of row spacing and rate of nitrogen (N) fertilizer on the establishment, crop development, yield, N uptake, and quality of spring wheat.

The residual N and P prior to seeding ranged from 21 to 42 lbs. N/ac (24 to 48 kg N/ha). The target seeding density of Goodeve wheat was 25 plants/ft² (250 plants/m2), and was seeded into canola stubble with a no-till drill with shank openers. The fertilizer band was located 1.5 inches to the side and 0.75 inches below the seed

Plant density was not affected by N rate. This indicates that as N rate increased, the separation of seed and fertilizer was maintained. Additionally, there was not an interaction between N and row spacing. This indicates that the reduced plant density observed as the row spacing increased two out of four times (213 and 2015) is due to factors other than N fertilizer rate. The researchers thought that interplant competition, especially under stressful environmental conditions in the seed row, could be the reason.

Row spacing alone did not impact the number of tillers per plant. There was a small linear increase in the number of tillers with increasing N rate, rising from 1.2 tillers per plant at 18 lbs. N to 1.6 tillers per plant at 142 lbs. N. The researchers indicated that this showed that the yield potential was not maximized by just the plant density, and the crop was continuing to respond to increasing rates of N through increased tillering. Increases in tillering were seen in drier years when the crop was compensating for lower plant densities.

Row spacing did not significantly affect yield except in the dry year of 2013, when yield decreased as row spacing increased from 10 to 16 inches, with the largest decrease occurring between 12 and 14 inches, when grain yield dropped from 70 to 58 bu/ac (4,705.8 to 3,900.0 kg/ha). This indicates that as row space increased in this drier-than-normal year, other yield components such as increased tillering could not compensate for the lower plant densities that occurred in 2013.

There was no interaction between row spacing and N rate on yield.

These results show that, while there is potential for wider row spacing, there was a 25 per cent probability of lower yield with wider row spacing, which occurred in an abnormally dry year. The limitations of just four site-years of data also create uncertainty about the benefit of moving to a wider row spacing beyond 10 to 12 inches. Producers need to weigh the risk of a potential yield decrease against the cost savings derived by increasing the row spacing.