Weather matters the most, but variety selection helps reduce severity. 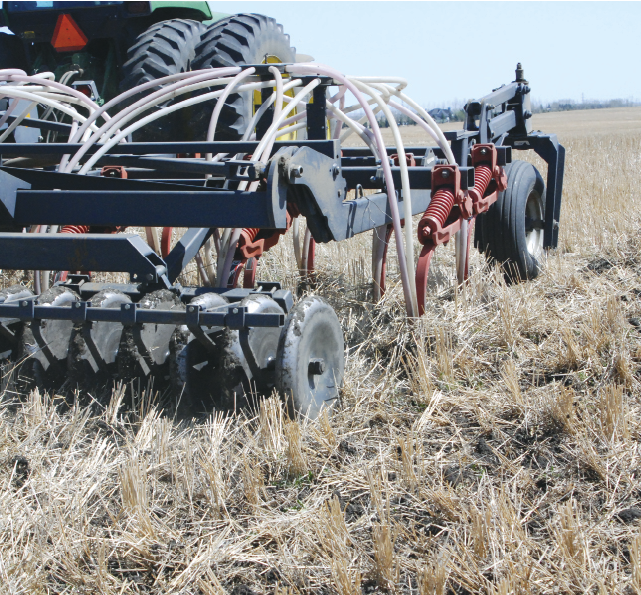 As the major constraint for chickpea production in western Canada, ascochyta blight, a fungal disease caused by Ascochyta rabiei (Pass.) Labrousse, causes major yield and quality losses and increased fungicide costs in some years. In some circumstances, the yield loss for susceptible cultivars can be as high as 100 percent.

While control with fungicides is important, an integrated disease management strategy could also help reduce the impact. Factors such as variety selection and stand establishment have been part of integrated strategies in other crops, so researcher Yantai Gan with Agriculture and Agri-Food Canada at Swift Current, Saskatchewan, conducted a study from 2002 to 2005 to determine the effect of variety types and plant population on ascochyta severity.

Each variety was grown under plant densities of 20, 35, 50, 65 and 80 plants per square metre. Disease severity was assessed at seedling, early flowering, late flowering and late podding stages using a zero to 11 scale, with zero representing no symptoms and 11 representing the whole plant diseased. The ratings were then converted to percentage of severity with rating of 1.0 being converted to 2.3 percent and rating of 11 to 99 percent. Plots were harvested for seed yield and quality.

Putting three factors (weather conditions, variety selection and plant population density) together to analyze their relative intensity of affecting disease severity, Gan found that nearly 70 percent of the difference in ascochyta infestations was caused by year and location. That is, weather was the overall, dominant factor.

Gan explains that “the severity of ascochyta blight was highest in 2005 (25 percent averaged across all varieties) and lowest (eight percent) in 2002. Excessive rains in July 2005 (123mm) and ideal temperature (14.7 degrees C) might have shortened the time required to complete an infection cycle of the pathogen, thereby may have increased the number of cycles that occurred during the growing season.”

Varieties with fern leaves had consistently lower disease ratings at all growth stages measured during the growing season. On average, desi varieties consistently had lower severity of ascochyta blight than kabuli chickpea under the same growing conditions.  Varieties with erect growth habit had slightly lower disease severity than those with prostrate growth habit, but the results were inconsistent across years.

“Varieties accounted for about 20 percent of the difference in ascochyta blight,” explains Gan. While there are other agronomic reasons to choose a certain variety, such as seed size,
Gan’s research shows that whenever possible, selecting a variety with greater tolerance to ascochyta blight should be considered.

“Overall, trial site and year had the greatest impact on disease severity, followed by choice of cultivar types,” explains Gan. “Growers should make good variety selections and then assess for disease risk throughout the growing season. If the weather favours disease development, then be prepared to spray in a timely fashion.”