Evaluation of a new biological for N-fixation in non-legumes.

“We have a project underway to evaluate a new biological product and its ability for fixing N in non-legume crops like canola and wheat,” explains Diane Knight. 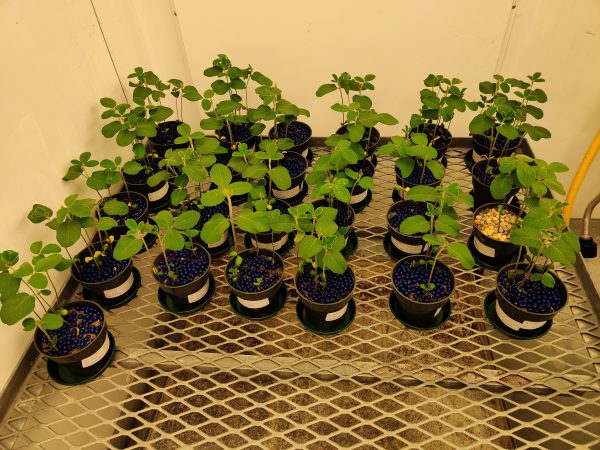 “We have also included soybeans in our project, which is a legume that does fix some of its own N, but in Saskatchewan growers are often unable to achieve the levels of protein they are targeting. It may be that the available cultivars for shorter season areas are not yet fully adapted to the Saskatchewan environment, so protein levels tend to be lower than soybeans grown in Eastern Canada. We want to see if N from another source such as this product may be able to help boost protein levels in soybeans in Saskatchewan.”

The product was first developed in the U.K. and provides a new mode of action for nitrogen fixation in non-legume crops. The product is a naturally occurring free-living bacterium called Gluconacetobacter diazotrophicus (Gd) that is different from Rhizobia bacteria that specifically associates with legume crops to fix N by forming nodules on the roots. “This product associates with different crops and can physically penetrate into the tissues of the plant and fix N inside the plant cells, or can sometimes form an association on the exterior of the plants and soil to fix N,” says Knight. “Research in the U.S. on corn shows that some of the N can be supplied through this organism, not all, but usually on average five to 13 per cent and upwards to 20 per cent. That could significantly reduce N fertilizer requirements in crops that it is able to successfully associate with. We are pretty convinced the product works on corn, and in our project are exploring how it might work on wheat, canola and soybeans.”

The technology was first discovered by Edward Cocking, director at the Centre for Crop Nitrogen Fixation at the University of Nottingham many years ago. In 2012, Azotic Technologies was founded in the UK to commercialize the technology and has since established Azotic North America to make Envita (called N-Fix outside of North America) available in the U.S. and Canada. The product is registered in the U.S. for corn and other crops, and in 2020 received registration approval in Canada for corn and other row crops, such as soybean as an in-furrow or foliar application. 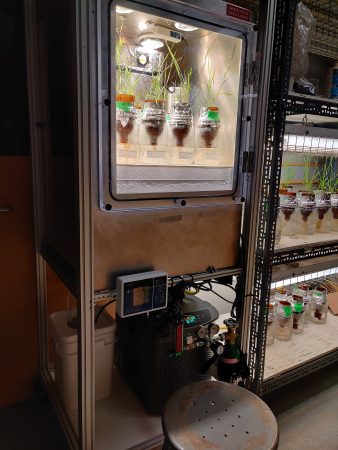 In this project, the study is being conducted entirely in controlled conditions in Knight’s lab, in collaboration with Richard Farrell, associate professor of soil science, and Wenjie Chi, graduate student at the University of Saskatchewan. The project objectives are to verify that biological N fixation (BNF) occurs in canola, wheat and soybean inoculated with a commercial strain of Gluconobacter nitrogen-fixing bacterium. Researchers also want to evaluate the effects of inoculation on crop yield and N2O emissions. Researchers are using stable isotope labeling 15N to detect nitrogen in the plants.

“The crop seeds are inoculated with the product and then grown in controlled conditions with 15N labelled N gas in the atmosphere to see if the plants are actually fixing N and if we can detect the 15N inside of the plant,” Knight explains. “The project is in the very early stages, so we don’t have any conclusive data yet. However, we have seen some positive results in detecting the 15N in wheat. We have also detected 15N in soybean, but we need to do a lot more work. However, so far we have been unsuccessful in detecting 15N in canola. We think the challenge with canola might be the really small seed size and hard seed coat and the challenge of getting enough of the organism on the seed for it to associate properly. We are also conducting some foliar application trials. In many ways, the foliar application looks like it might be better than the application on the seed.”

The project continues until March 2023. At that time, if the results are favorable, Knight would like to expand the work on a larger scale. If the results are positive, then expansion into field trials may also be an option. “Our results are so early and its one of the projects we know so little about,” adds Knight. “However, it is a very interesting and fun project, and we are looking forward to seeing if this product might be able to provide biological N fixation in canola, wheat and soybean and help farmers reduce some of their N fertilizer requirements and boost protein levels. We have not yet started the work on evaluating N2O emissions to date.”