Another Fusarium head blight species is rearing its head in barley and oats. 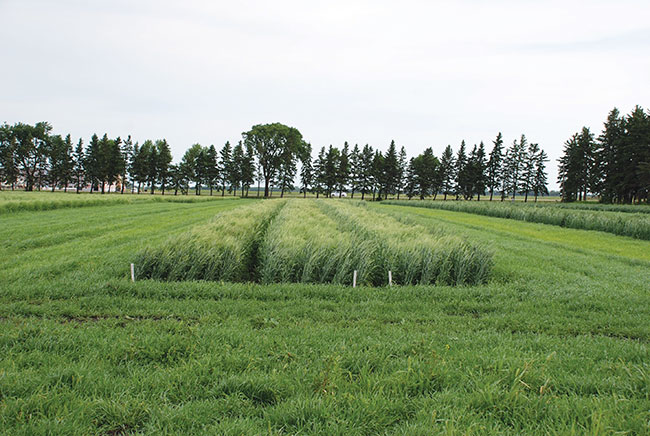 Wang’s research includes this project to see if the genetic resistance to FHB currently deployed in barley and oats works differently against Fusarium poae than Fusarium graminearum. ALL PhotoS courtesy of Xiben Wang.

Fusarium head blight (FHB), a destructive cereal disease, is caused by a species complex, with two or more Fusarium species often occurring together in a field and even a single plant. The particular species dominating the complex can be really important. For instance, different species can be favoured by different growing conditions, cause different symptoms, respond differently to control measures, and produce different toxins with different implications for end-uses.

These days, Fusarium poae is a growing concern on the Prairies.

Because Fusarium graminearum is so important in FHB in wheat, much of the FHB research on the Prairies focuses on this species. “But the surveys we have been conducting in recent years, especially on barley and oats, are showing that we have other players in the FHB species complex which could cause significant problems, for example, Fusarium poae, sporotrichioides and avenaceum,” says Xiben Wang, a research scientist with Agriculture and Agri-Food Canada (AAFC) in Morden, Man.

“Fusarium poae is usually a quite weak pathogen on wheat so people haven’t been paying much attention to it. But now that Fusarium poae seems to be becoming increasingly common, more and more researchers are looking at this pathogen to figure out what exactly it does and what impact it might have on our production system.”

Why the shift to poae?
Wang outlines several factors that may be causing F. poae to become more common.

“In my personal opinion, the environmental factors are probably the most important drivers. F. poae is more favoured by relatively hot and dry conditions for growth and infection, whereas F. graminearum likes milder temperatures and more humid conditions, especially precipitation during anthesis,” he says.

So, as Prairie weather patterns shift with climate change, the predominant species in the FHB complex will likely shift. “For example, in the last couple of years, we have had very dry, hot summers. Possibly F. poae likes this weather better than F. graminearum.”

This difference could matter for things like FHB forecasting, particularly forecasts to help barley and oat growers in decision-making regarding FHB management.

“And another factor is the genetic resistance we deploy to control FHB. At the moment, we apply Fusarium graminearum inoculant in disease nurseries to try to determine the genetic level of FHB resistance in breeding lines and varieties. However, it is possible that there are differences in the mechanism of disease resistance against different Fusarium pathogens. 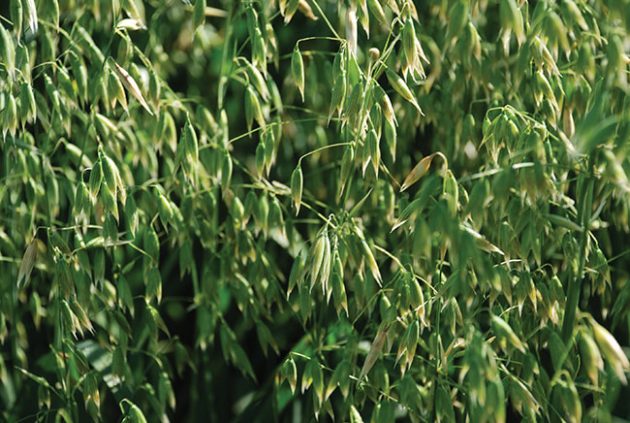 Wang has a long list of research collaborators helping with the F. poae project. Some of the main ones are Srinivas Sura, Nazrul Islam, Kelly Turkington, David Overy and Linda Harris with AAFC, and Randy Kutcher with the University of Saskatchewan.

The research team uses DNA-based methods to identify and quantify the different Fusarium species in the FHB complex. “When we look at the data from Alberta, Saskatchewan and Manitoba, F. poae is the predominant species in the disease complex causing FHB on barley and oats,” says Wang. He adds, “In Eastern Canada, Fusarium poae is also the most dominant species on oats.”

According to Wang, the F. poae isolates collected in Canada can be grouped into five major subgroups based on their DNA. However, there isn’t any clear geographical or host-based separation among these five subgroups, indicating that the pathogen is pretty adaptive to different situations. For instance, an F. poae isolate from wheat can infect other cereal crops as well.

Toxin differences
Although FHB infections can cause yield and quality losses in cereal crops, the biggest concern is that the Fusarium fungi can produce mycotoxins that can limit the end-uses of the grain. Like F. graminearum, F. poae can produce a range of mycotoxins.

“Nivalenol (NIV) is the most common mycotoxin produced by Canadian Fusarium poae isolates, and it is also the mycotoxin of most concern produced by this species,” Wang says.

“Nivalenol and DON [deoxynivalenol, the main toxin produced by F. graminearum] have very similar chemical structures. However, nivalenol is reported to be more toxic to mammals than DON. On the other hand, nivalenol is less toxic to plants; that is why an infection caused by Fusarium poae produces little or no visual symptoms in the plant.”

He adds, “With an infection caused by Fusarium graminearum, you normally have a very typical bleaching of the kernels and a pinkish colour due to aggregations of light pink/salmon-colored spores. But an infection caused by Fusarium poae either doesn’t cause any visual symptoms at all, or the symptoms are very difficult to differentiate from some of the symptoms caused by stress response, such as wilting and discoloration of the heads.”

The team’s analysis indicates that the greater the F. poae infection in the grain, the more NIV will be produced.

“To date, Fusarium graminearum strains producing NIV have not been detected in western Canada so this toxin has never been an issue before now,” Wang notes. “Although safe limits have been established for DON levels in food and feed, such limits have not yet been developed for nivalenol. As a result, it is difficult to say at this time what its impact might be on the industry. That is something we need to look into in the future.” 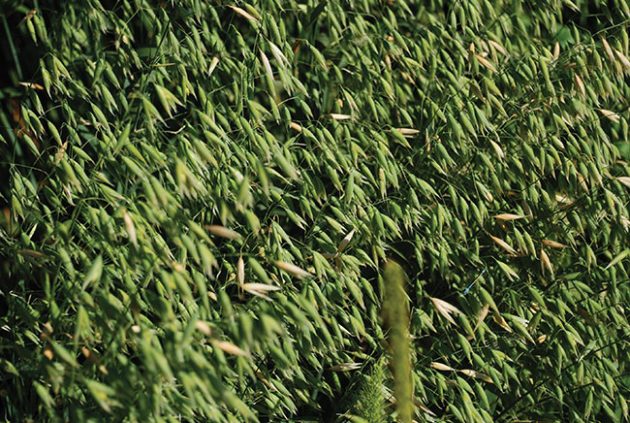 Fungicides, genetic resistance
Wang and Islam have been following up on the question of whether F. poae and F. graminearum respond differently to fungicides. With the help of the funding from WGRF and the Manitoba CAP Ag Action, they conducted a lab study with four fungicides: Caramba (metconazole), Prosaro (prothioconazole + tebuconazole), Proline (prothioconazole), and Folicur (tebuconazole). They tested these fungicides against isolates of F. poae and F. graminearum collected from commercial barley and oat fields in Manitoba.

They found that the F. poae isolates were less sensitive than F. graminearum to all four fungicides. Caramba was relatively consistent in controlling both pathogens in the tested isolates. The results suggest that the use of these fungicides might be contributing to a shift in the FHB species complex more toward F. poae.

The researchers are now investigating this fungicide question in a field project, with Manitoba CAP Ag Action funding. In a small disease nursery, they are testing the efficacy of Caramba, Prosaro, Proline and Folicur against F. poae and F. graminearum in two barley varieties and two oat varieties. They are analyzing the data right now.

In another component of this same field project, they are assessing genetic resistance to F. poae in cereal crops. Wang says, “We are looking at the effect of the genetic resistance to FHB that we currently deploy in barley and oats against Fusarium graminearum and Fusarium poae to see whether they work the same way or whether they work differently.”

Overall, Wang emphasizes the importance of tracking more than F. graminearum and DON as the FHB species complex shifts in response to changing weather patterns, management practices and crop genetics. “Our research clearly indicates that the Fusarium species in the complex causing Fusarium head blight might be different in different crops. We need to know what is happening in crops like oats and barley.”

The Fusarium poae studies by Wang and his colleagues are helping to build a clearer picture of this pathogen, its potential impacts and its management.