With the end of the Canadian Wheat Board’s single-desk selling, producers will be selling their high-quality wheat and malt barley in an open market for the first time in more than 60 years. It’s impossible to say exactly what will happen in the coming months, but producers will need to market their wheat and barley more aggressively to benefit from the open market.

Selling wheat is very different from selling a crop like canola. Neil Blue, a market specialist with Alberta Agriculture and Rural Development, says that the first difference that comes to mind is the grading system for wheat.

“There are the one, two, three, four or more grades for some classes of wheat. And then we have the protein separation that payments have been based on, and they’ve been fine-tuned to one-tenth of a per cent. In the future, it’s quite possible that we’ll see a movement towards falling number differentiation…the bottom line to falling number is that it’s a measure of sprouting damage and an indication of bread making quality,” Blue explains.

“The other thing that wheat has is quite a different volume than canola, in terms of production and comparative export versus domestic use. Including durum, which was about four million tonnes of the Canadian wheat crop, the total wheat production was about 24 million tonnes, compared to this last year about 13 million for canola,” Blue says.

Blue also sees challenges for producers with the consolidation of ownership in country elevators, port handling facilities, and railways. “It makes it more of a challenge, I think, for the farmer side because farmers have really needed to have more storage on the farm than they did 10, 20, or 30 years ago, so that makes it more of a cost from a storage point of view.”

Pooled contracts may still be possible
Whether or not pool contracts will be a viable option for companies in an open market remains to be seen. A 2006 report titled “The Canadian Wheat Board in an Open Market: The Impact of Removing the Single-Desk Selling Powers” looks at the effect of removing the single desk. In the report Murray Fulton, a professor at the University of Saskatchewan, states that enforcing delivery for contractual pools would be difficult when the cash price is higher than the pool contract price. Producers would also likely only contract a portion of their crop to the pool to offset production risks, limiting the grain available to the pool.

“I believe there are many farmers who will want to use the pool pricing system...the demand for price pooling, which I think farmers see as a method of hedging the sale of grain over a period of time to get a blended price, will be met,” Blue says.

Market prices over the next few years will help determine how much producers use the pool, Blue adds. “As it stands right now in the world markets, we have quite a strong supply of wheat, and so that may imply that prices could remain weak going into this next crop year. And that may have an effect on the popularity of pool versus contract spot pricing.”

The Canadian Wheat Board is offering pool contracts, and other private companies, such as Cargill, may offer a pooling option. Other options have been announced, and some grain handlers are signing forward contracts with producers for delivery after Aug. 1, 2012. The marketing options change almost weekly, as grain companies manoeuvre to capture market share.

However, it’s impossible to say exactly what options producers will have for selling their grain, Blue adds. “Other than some deferred delivery contracts and prices for post-July 31, we haven’t seen a lot of detail yet from the private grain trade, so there are a lot of unknowns as far as exactly what alternatives there’ll be.”

Grain quality will be important
Getting accurate samples will likely be critical to the marketing process, Blue states. Inaccurate samples could lead to disagreements with customers, or even penalties, if the final product is inferior to what the contract called for. Producers could also lose out if they don’t market their high-quality wheat and barley appropriately.

“Relating to that will be the need to know the terms of any contracts that farmers sign and to understand those terms and any premiums or discounts that may apply to grades other than the base grade for an individual contract,” Blue says. “And on that note, I think producers may need to be more proactive in their marketing, particularly of the higher-quality wheat and barley. That is, to investigate all the contract and delivery and pricing alternatives that become available both through the private grain trade and Canadian Wheat Board, and also including the direct sales to processors that they can now access.”

More niche markets may pop up outside the bulk grain marketing system. Producers may be able to access such markets through cash grain brokers, the Canadian Wheat Board, and smaller, farmer-owned grain companies. Others who enjoy marketing their crops may be able to connect directly with processors.

Blue recommends that farmers consider setting up a futures account with a commodity futures broker. ICE Canada Futures is listing three new or revised contracts, and producers can follow those contracts as well as US-based futures.  “Producers who don’t have a futures account, and are interested in adding to their list of pricing alternatives, may wish to follow those new futures contracts, see how they work out, and decide if using those pricing tools as part of their operation has potential.” 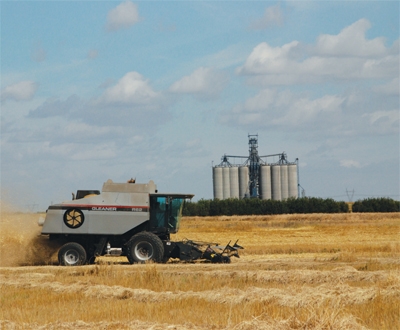 Selling wheat may be very different than selling other crops. With the end of the Canadian Wheat Board’s single-desk selling