Features Agronomy Other Crops
A difference with lentils 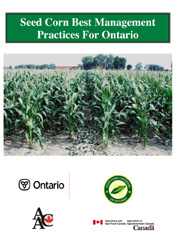 Ask any lentil grower and the response will be loud and clear that Clearfield
means weed control. They are right, of course. As the first and only herbicide
tolerant system in a crop that badly needed a weed control solution, the system
marks a weed control breakthrough.

They are only partly right, however. As research continues and as grower experience
accumulates, it is emerging that Clearfield offers benefits beyond its Odyssey
weed control because it has the potential to improve multiple aspects of lentil
production and farm management.

"It's no surprise that growers focus first on weed control," says
Bert Vandenberg, breeder of the new Clearfield lentil varieties produced by
the University of Saskatchewan's Crop Development Centre. "We've needed
better weed control ever since we started growing lentils in Saskatchewan in
1970."

More reliable plant maturity is another advantage growers can expect from the
Clearfield system. The excellent crop safety of Odyssey, which has been tested
extensively through the registration process, means growers minimize the risk
of delayed crop maturity which can result in yield reductions or loss of grade.

Additional benefits of the system are also being uncovered. "Now that
we've got Clearfield," Vandenberg says, "we can look at the ways it
is going to help us tweak other areas of crop management." Other crop experts
agree, and their cumulative list of advantages is growing, ranging from reduced
hours in the field, higher yields and superior crop quality, to new research
in topics as diverse as the critical time of weed control and superior disease
management.

"The true measure of any new crop technology is its impact on a grower's
profitability," says Scott Chapman, Winnipeg based Clearfield brand manager
for BASF. "The more pluses you get from a technology, the more it can help
your operation's overall success."

Through Saskatchewan Pulse Growers (SPG) Variety Release Program, 7000 acres
worth of Breeder and Foundation seed of two Clearfield varieties were released
in 2006, including CDC Impact CL, a CDC Blaze type red, and CDC Imperial CL,
a CDC Robin type red. A new large green variety (not yet named) also has been
released, and more varieties are slated for release and naming before spring
2007. "The Clearfield genetics are fairly easy to work with," Vandenberg
says. "We're running a parallel program. As soon as we see a new variety
with the yield and agronomics to give it commercial potential, we begin producing
a Clearfield version."

Vandenberg expects to backcross the non-GMO Clearfield trait into all lentil
classes, saying, "We can introduce Clearfield without any negative impact
on traits such as yield and disease resistance."

"This will be part of the future of how lentils are grown," predicts
Roy Bailey, Milden, Saskatchewan, certified seed grower, who sprayed his 175
acre Clearfield plot with Odyssey herbicide and watched it stay clean through
the summer. "Weed control in lentils was always a struggle. For us, it's
been wild mustard. In all other fields this year, we had escapes or second flushes,
but not with the Clearfield varieties."

"We're like a lot of other growers," Bailey says. "We've used
Odyssey in our peas and we have been waiting to use it in our lentils. Nothing
in agriculture is the right answer for absolutely everyone," he adds. "But
where Clearfield is the right choice, it's going to be a real winner."

Bailey and Ardell got a chance to grow Clearfield lentils last summer, largely
due to the way BASF, the Crop Development Centre (CDC) and SPG worked together
to commercialize the technology.

"Growers told us they needed a weed control solution," explains SPG
executive director Garth Patterson. "They had issues with weed spectrum
and definitely with crop safety as well. Clearfield is a marked improvement
in each of those areas. In addition to these benefits, Clearfield will help
many growers ship higher quality crops with less clean-out," Patterson
says. "This is an important step forward. We expect significant uptake."

The three-way collaboration between SPG, CDC and BASF is credited with shaving
at least a couple of years off the time to get the first Clearfield lentil varieties
into production. BASF provided technical support and funding to the CDC, a recognized
world leader in lentil breeding. SPG provides core funding to the CDC pulse
breeding program and manages a variety release program which aims to get new
genetics into the hands of growers as rapidly as possible by distributing Breeder
seed royalty-free to Select seed growers. "This is the kind of work SPG
does, but it was new to BASF," Patterson adds. "To their credit, they
were willing to partner with us."

To ensure Clearfield's sustainability after varieties are released, BASF will
stay involved. Through the Clearfield Confirm process, Chapman says growers
are responsible for testing the seed at BASF accredited seed laboratories to
ensure all Clearfield seed provides adequate herbicide tolerance. "The
tolerance doesn't degrade," Chapman explains. "However, it can be
diluted, for example, by accidental mixing with non-Clearfield seed."

As well, BASF will oversee the Clearfield Commitment. Growers will sign an
agreement each year, primarily so BASF can continue to supply them with agronomic
information on best management practices and on product updates. The Clearfield
Commitment is also a required annual license for this patented technology.

In addition to reduced time in the field, superior weed control, lower risk
of crop injury, reduced dockage and increased quality, the CDC's Vandenberg
sees growers reaping more gains from new research. Work is underway already
at the CDC to identify the critical time for weed control in lentils. As with
other crops, the outcome is expected to show that early weed control produces
better yields. The wide application window of Odyssey will then help growers
take advantage of that research.

As well, Vandenberg suspects that the dependability of weed control with Clearfield
will allow growers to take a fresh look at seeding rates. He thinks growers
are tending to over-plant in an effort to produce a canopy that will shade out
weeds. However, the denser canopy may be increasing disease risks and the heavier
seeding may be leading to thinner stems, resulting in more lodging.

"We will see additional opportunities to tweak our lentil agronomy,"
Vandenberg says. "It will open our eyes to the true cost of our older weed
control options." -30-