This story is about what not to do. A long-term cropping study shows how acetyl-CoA carboxylase (ACC) inhibitors (Group 1) wild oat resistance can develop.

Group 1 resistance was first discovered in 1984 in Saskatchewan and has steadily grown over the last 30 years. The most recent surveys of herbicide-resistant weeds was conducted in Alberta in 2007, Manitoba in 2008 and Saskatchewan in 2009, covering 1000 randomly-selected, annually-cropped fields led by research scientist Hugh Beckie and his colleagues at Agriculture and Agri-Food Canada (AAFC) at the Saskatoon Research Station. Group 1-resistant wild oats were found on 44 per cent of fields where wild oats were sampled, up from 15 per cent from 2001–2003 baseline surveys.

“There isn’t any reason to doubt that the numbers aren’t continuing to grow,” Beckie says.

In an effort to better understand how Group 1 wild oat herbicide resistance develops, Beckie looked at a long-term crop rotation study that was established at the Scott, Sask. AAFC research farm in 1995. Three different input types were used in three different levels of crop diversity. High-input systems used pesticides and fertilizers based on accepted agronomic recommendations. Reduced input systems used an integrated pest management and nutrient approach, supplemented by chemicals. The third system was an organic system based on non-chemical pest control and nutrient management.

“We certainly know that including a perennial crop in the rotation will slow the development of resistance because herbicide use is reduced and seed production of annual weeds is suppressed,” Beckie explains. “The difficulty for farmers is with the integration and profitability of perennial crops.”

One interesting finding was that no wild oat resistance was found to sethoxydim. This active ingredient is also a Group 1 herbicide but in a different subgroup than fenoxaprop. Within Group 1, there are three chemical families commonly called the fops, dims and dens. Weed populations may evolve to be resistant to one subgroup but not another, but may also evolve to be resistant to all subgroups.

“I was a little surprised to see that the wild oats weren’t resistant to both fenoxaprop and sethoxydim. We looked at the target site mutation and it only conferred resistance to the fops,” Beckie explains, adding the explanation may be as simple as that Hoe-Grass (diclofop-methyl) had been used as far back as 1976, and that the fop selection pressure had a longer history on the wild oat population at the site.

“In a case like this, a farmer can be lucky in that only the fops had developed resistance and he still has the dims and dens left to use,” Beckie says. “I advise farmers that if they have suspected fop resistance and they still want to use a Group 1 herbicide, try the other classes in the group. It is a short term strategy but may work for a while.”

Beckie also says the research shows that just including a diversified annual cropping rotation isn’t enough to head off herbicide resistance, because it may not have enough herbicide diversity. He explains that based on grower surveys from 2006 through 2010, Group 1 herbicides were applied to 100 per cent of flax acres, 86 per cent of barley, 76 per cent of wheat, 44 per cent of lentil and 24 per cent of pea.

Good herbicide resistance management includes not only herbicide rotation but also “real” crop diversity and herbicide use reduction through the use of perennial crops or cover/green manure crops.

“We need to be careful when we define cropping diversity. In Western Canada we mostly have annual spring seeded, cool-season crops. Even with this diversity it helps, but it isn’t really cropping diversity. What we need is some diversity between spring- and fall-seeded crops, green manure/cover crop versus chemical fallowing if possible, and using perennial crops. Those types of diverse rotations help reduce selection pressure,” Beckie says. “Perennial cereal crops would make a big dent in herbicide resistant management if or when they are commercialized.” 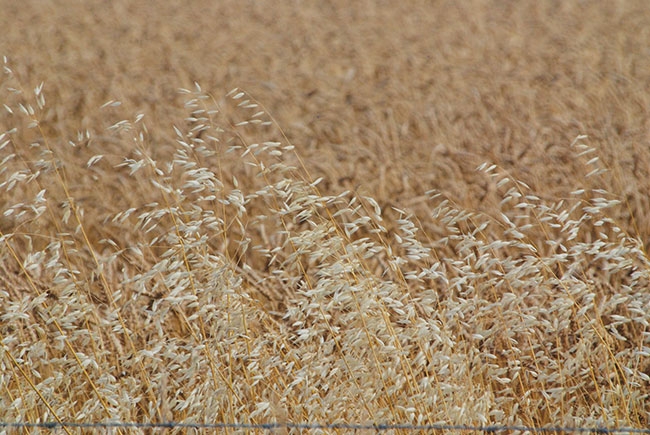