It’s 2 a.m. and your mobile phone goes off. You jump from the bed, unsure of the adversity that awaits you. It’s a text message letting you know the temperature in your bin has increased by 10°C/18°F in the last hour. Your grain is warming, and fast….you need to deal with this now. 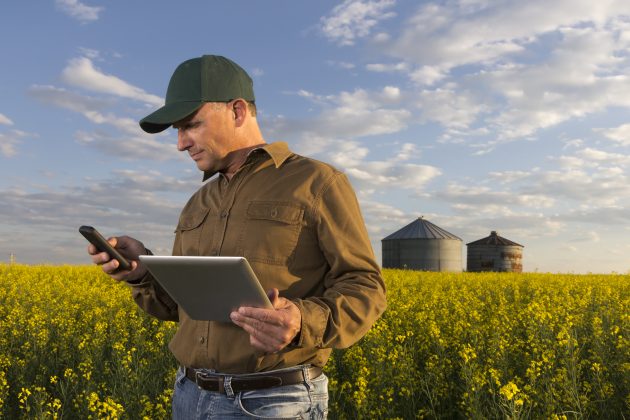 The good news is you now have timely information at your finger tips that allows you to deal with the flare up before it becomes a full-blown hot spot and a much bigger problem. But what if you didn’t have an OPI Blue system in place? How long would it have taken to identify the issue? How much would you have lost, and would it have been too late?

The need for accurate real-time data that allows you to proactively address issues is the foundation for OPI’s grain management solutions. Systems such as OPI Blue include in-bin monitoring solutions that report on the condition of your grain 24 hours a day, seven days a week, allowing you to sleep easy at night. OPI’s method is to be proactive. It’s an early-warning mechanism that creates awareness and allows you to deal with issues before they become problems.

OPI’s customers have been thankful for the alarms received in the middle of the night. Without this system, they wouldn’t have known there was a problem, and this would have cost them thousands of dollars in spoilage. There’s a huge benefit to having an early-warning system.

The OPI Blue system allows you to set alerts tied directly to your commodity, focusing on factors such as high temperature and rate of rise temperatures. If you have a sturdy cereal crop such as oats, you can set a higher threshold that may only alert you if temperatures increase by double digits. Conversely, if you have more volatile oil-based crop such as canola, you can set a lower threshold that allows you to react sooner.

Unlike traditional tests such as probing and sniff tests where you must physically be on site, OPI’s automated systems will tell you what’s happening in the bin, regardless of where you are –if you have an Internet-connected device.

The system doesn’t stop. It’s always monitoring your grain, which you’ve put a significant amount of time and money into. That’s a huge benefit. For more information on how you can benefit from an OPI system, contact us for more information.

“It sure is nice to rely on the OPI Blue system. Especially with the canola. It is a lot of money in that bin and it is nice to be able to sleep at night.” – Jonathan Wheatley​